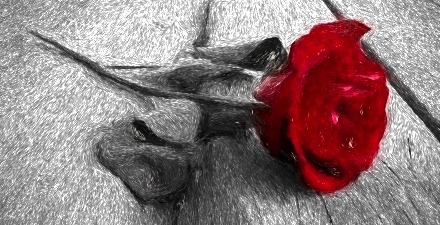 “What’s in a name? That which we call a rose
By any other name would smell as sweet.”

When Juliet Capulet spoke these famous lines to Romeo Montague, she attempted to convey that a name is an artificial convention; She loved the person called Montague, not the Montague name or family. Despite this, Romeo attempted to rid himself of his forsaken label, by denying his father and instead be “new baptised” as Juliet’s lover. The folly of this attempt encapsulates the central tragedy of the play, and may be seen as a parallel to our struggle with the term ‘patient’ in psychiatry.

Alternatives to ‘patient’ have been increasingly used in psychiatry around the world. In Australia, consumer is the official term used when referring to those with mental illness. ‘MIND’, a major non-government organisation in the UK, commonly refers to people with mental illness as consumers, service users, and users, and the former chairman of the Patients’ Association suggested alternatives to patient, with an particular preference for the term user.  This terminology reflects the desire to alter patients’ perceived relationship with health care, particularly one that implies suffering and dependency. The reasoning may seem logical at first sight, but is it effective?

Use of the word ‘patient’ was born in the paternal era of medicine. These were the times when there were no stringent ethical boards assessing the appropriateness of treatment trials. A concern for bedside manner was for hippies. The role of the patient was a purely passive one, and essentially involved lying in hospital beds, waiting for a group of doctors in white coats or suits to come by to scrutinise and probe them from the end of the bed. Indeed, the word patient stems from Latin variants of pati that mean suffering and passive. Patients were more specimens of academic interest than people. It was a period in which the scientific method was providing an exploding understanding of the inner-workings of the puzzle that was the human body. It was a complex machine that needed complex mechanics – nothing more.

But as time has moved onwards, doctors have realised that appropriate medical care involves far more than fixing and replacing parts of a machine. People are widely varying individuals, whose circumstances, values, and goals greatly differ. In the twentieth century the profession has progressed towards a different doctor-patient relationship – an adult-adult one in which the doctor shares expert knowledge and information with the patient, as together they engage in discussions regarding treatment options, prognosis, risks and side-effects.

The consequences of reverting to a paternal style of medicine seems to pose no greater concern than in psychiatry. Psychiatric patients are amongst the most vulnerable in medicine; By virtue the organ affected by illness is the same organ that appreciates the disease itself, the treatment, and prognosis. The mental health act, despite safeguards put in place via legislation, forces considerable power into the hands of psychiatrists. Furthermore, the era of paternal psychiatry is steeped in past images of asylums, lobotomies and poorly administrated electroconvulsive therapy.

Resistance to the word ‘patient’ in psychiatry can largely be traced back to what is known as the psychiatric survivors movement. This movement arose out of the civil rights unrest of the late 1960s and early 1970s, a time in which the women’s movement, gay rights movement, and disabilities rights movement had emerged. Through organisations such as the Insane Liberation Front and the Network Against Psychiatric Assault, and headed by people who had themselves been psychiatric patients, they protested through testimonies of personal histories of psychiatric abuse and a general anti-psychiatry sentiment. Not only did they call for reform, but many challenged the fundamental claims and practice of psychiatry itself.

Indeed, activists saw themselves as humanists and socialists, protecting the vulnerable from an inhumane system. A system that caused loss of freedom and dignity, and misused seclusion and restraints. A system that inflicted neurological damage via drugs and electroconvulsive therapy – harmful treatment options that appeared to involve more guesswork than science, and for which evidence was marginal at best.

To draw a parallel at this time in history, homosexuality, like mental illness, was seen as an abnormality of function. Gay activists viewed the anti-homosexual stance as an affliction of punishment on those who were different, and an attempt to force them to conform. Similarly, anti-psychiatry activists argued that people who heard voices, had eccentric beliefs, or didn’t need to sleep for days at a time, were merely on the spectrum of what it was to be human. Anti-homosexual discrimination and the psychiatric system were an attack on human nature itself. Indeed, signs and banners during anti-psychiatry protests in the 1970’s commonly declared “Mad Pride”, borrowed from the well-known slogan “Gay Pride”. To compound this association, homosexuality at the time was itself a psychiatric illness, and was only completely removed from the DSM-III in 1986.

The key text in the development of the survivor movement was Judi Chamberlin’s 1978 book, On Our Own: Patient Controlled Alternatives to the Mental Health System;

The key terms here to notice are ones of disempowerment and loss (confined, against their will, forced, lost, broken, struggle) and humanising qualities (live, potential, dreams, chances, succeed, try, opportunities, mistakes, achieve). These were the things that patients wanted – to have more autonomy and empowerment, and to have an empathic mental health system that viewed them as humans. The word consumer was born out of a time when autonomy and empathy were lacking.

So can we escape the darker past of psychiatry? If so, can this be achieved by creating another name? Or, like Romeo Montague, are our attempts to new baptise ‘patient’ a hopeless tragedy?

A number of studies have been conducted in the past decade and a half to assess the appropriateness of these terms. UK psychiatrist Peter Simmons and colleagues conducted a questionnaire study on psychiatric outpatients to assess the terms service user, patient, client, user and survivor by like or dislike and by rank order. From the 336 participants results were clear – ‘patient’ was the preferred term when consulted by psychiatrists and nurses. 73% of those questioned thought ‘patient’ was an appropriate term, with the closest rival being ‘client’ at 43%. Interestingly, participants were asked to give comments. Here are some examples;

“I believe addiction is an illness. If I was in with cancer I would expect to be called a cancer patient so what is the difference?”
“I believe the word ‘‘user’’ is inappropriate and would make people feel bad about being here”
“I see mental health problems in the same way as physical problems, and therefore being called a patient is appropriate for both”
“I do not like client – it’s reminiscent of prostitutes”

It appears, at best, preference for replacement terms for patient are equivocal and make little difference. At worst, patients themselves dislike the other terms. However it is important to note that patient preference of terminology is only one aspect of the overall impact on the mental health service, and these are worth addressing.

For instance a consumer implies, if nothing else, that they consume. They eat up, devour, gorge, gobble, feast and expend. When used in the context of health resources, how easily could this translate to, and inflame, perceived burden? They are consuming money, medications, hospital beds, medical professionals’ time. Add to this the resistant and relapsing nature of many types of mental illness, that leave attempts of treatment seemingly futile. And don’t forget the unwillingness of many sufferers to receive or engage in mental health care. In times of worldwide economic difficulty governments are continually looking at ways to cut costs of public services. Why should they waste precious dollars on these ‘consumers’?

Terms such as consumer, client, and user also incorporate assumptions of a market relationship. They invoke the notion of choice, appearing to discount the idea that sufferers are required to seek treatment due to an illness. A consumer is persuaded to purchase goods via convincing marketing; they consume a product because they want to, not because they need to. A patient deserves a right to health care, but does a client or consumer?

Most importantly, having a special term for mentally ill people further segregates them from all other patients in health care. It is no secret how differently society treats mental illness compared to all other types of illness. which has compelled the creation of multiple mental health organisations, such as Beyond Blue, created to dispel myths surrounding mental illness. So whilst people are fiercely battling this issue, others are inadvertently (and ironically) conjuring ways to strengthen it.

Being a patient is a concept – a concept steeped in centuries of medical history and societal conventions. Changing the name merely transfers these concepts. Worse still, the substitute terms are having a more damaging effect. So what should we do? Firstly, recognise that terms ‘consumer’, ‘user’ and ‘client’ are not magic bullets, but bandaid solutions – and very poor ones at that. Secondly, acknowledge that not only are the terms ineffective, they are detrimental to the original issue they are meant to help resolve. Finally, we must remember why these terms first came into use: Through a call for more autonomy and empathy for mental health patients.