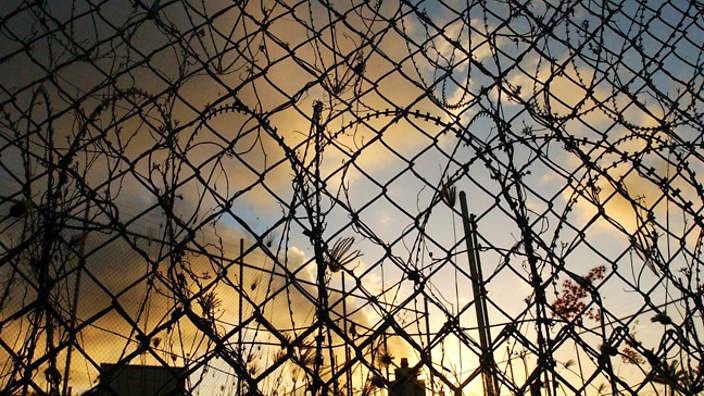 “The problem here is the irrationality of empathy: the imaginative capacity to place ourselves in another’s situation. As psychologist Paul Bloom has said: “If you want to be good and do good, empathy is a poor guide”. Empathy favours an individual over many, stirring emotions that clouds rational decision-making. It’s why we care more about an individual in dire straits than a genocide overseas. Indeed, research has shown that while people may give generously in response to a story of one starving child, that generosity rapidly falls away with each addition to the people in need. We are tribal creatures who care for a face rather than a number; whose concern for one trumps two, two over three, and so on.”

I have never advocated for children in detention centres to act as a deterrent to refugees. Furthermore, increasing self-harming behaviour as a means to escape detention is a hypothetical risk. I don’t have a crystal ball, nor does anyone else.

But we can look at historical data. For instance, it has been reported that the number of asylum-seekers on Nauru harming themselves last year decreased in the months after it was decided that family members were not automatically allowed to travel to Australia to accompany their relative to hospital. This is a small sample in both numbers and time, not much can be made of it (correlation vs causation, etc), but it does lend credence to the notion that some careful thought is required. Of course, the stress of going to hospital in a foreign country could be very traumatising, and that would have to be included in the moral mathematics also.

With regards to mitigating the risk of self-harm, psychiatrists are in this business all the time. We constantly see people in the emergency department who self-harm, but depending on the context we will not always admit them. In many cases we don’t – not because the person is not in distress, but because admitting them in response to this will likely have a negative outcome in the long-term. It can reinforce unhealthy and dangerous behaviours when one is seeking admission, and it prevents them from developing resilience and coping mechanisms outside of hospital that will allow them to live the most fulfilling life they can. Being myopically empathic in these scenarios – to respond to someone’s distress and fulfill their wishes acutely – is not always the best option in psychiatry.

I questioned the ramifications of Asha’s fate not because I am in some way sympathetic to the governments immigration policies. It’s precisely because I acknowledge how horrible conditions are in Nauru – the impact it has on ones well-being, and how it contributes to the development of depression, anxiety and PTSD. I acknowledge how much one would want to get out of there and never look back.

Overall, I don’t know what is the best option in this issue. I thought it was an interesting case at the intersection of philosophy, psychology and political ethics. Where racists and bigots have used this piece to prop up their views, I will point out that they will continue to make their horrid noises whether they are misusing my article or someone else’s, cherry picking and distorting along the way. Secondly, the response to these bigots is to point out where their interpretation is wrong. It should not be to cleanse public discourse of any argument that requires nuance. Complex issues require complex answers, and we won’t get anywhere if we continue to be held hostage by racists, bigots, religious apologists or regressive leftists.

The pitfalls of emotional empathy is an important topic that we should all think about more often. Humans evolved to interact in very small social groups, deal with medium sized objects moving at slow speeds, and conceptualise days and months rather than decades and millenia. Just as our brains are not naturally equipped to deal with the very small in quantum mechanics or the very large in cosmology, we don’t have the innate cognitive toolkit to deal with social, political and economic problems that have come with a global civilisation. These problems require something extra – they require special tools of analysis, whether that be in the domain of physics or morality. It reminds us that gut reactions and emotions will not necessarily lead us to the right answers, and in some cases can reliably lead us to the wrong answers.

Emotional empathy is one means of being a moral actor. In many cases it works, in many other cases it doesn’t. It cares about one person over many, it’s racially biased, it’s concrete, and it’s myopic. A useful analogy has been made by the psychologist and philosopher Joshua Greene who likens morality to a camera. Cameras have built in automatic mechanisms that allow us to point and shoot in most scenarios to get a decent shot. But when the light is too bright in one part or we want to overexpose the shot, the point and shoot mode just wont cut it – we need to flick it into manual mode, think about things carefully, and tinker the settings to produce an optimal photo. Empathy could be conceptualised as the automatic point and shoot mode of morality, however sometimes we have to flick it into manual mode. Sometimes we have to rely on science, statistics, and slow, deliberate, thought-out moral reasoning.